1. Gati Shakti Plan can help India to become a $5- trillion economy by 2024-25
2. The plan will have an important economic multiplier effect on Indian Economy
3. It will also help in India’s regional and global connectivity efforts

How India’s Gati Shakti Plan can have an impact beyond its borders
1. The Gati Shakti National Master Plan is another important step for India to upgrade national infrastructure and multimodal connectivity.
2. According to the Economic Survey 2019-20, India will have to invest approximately $1.5 trillion on infrastructure to become a $5-trillion economy by 2024-25.
3. However, while the Rs 100 lakh crore plan will have an important economic multiplier effect at home, it must also be leveraged to have an external impact by aligning it with India’s regional and global connectivity efforts.

The Gati Shakti plan
It has three main components, all focused on domestic coordination.
1. First, it seeks to increase information sharing with a new technology platform between various ministries at the Union and state levels.
2.Second, it focuses on giving impetus to multimodal transportation to reduce logistics’ costs and strengthen last-mile connectivity in India’s hinterland or border regions.
3. The third component includes an analytical decision-making tool to disseminate  rojectrelated information and prioritise key infrastructure projects. This aims to ensure transparency and time-bound commitments to investors.

Spillover in the neighbourhood:

1. One way to look at the Gati Shakti plan from a foreign policy angle is that it will automatically generate positive effects to deepen India’s economic ties with Nepal, Bhutan, Bangladesh, Myanmar and Sri Lanka, as well as with Southeast Asia and the Indian Ocean region.
2. This has been the experience in recent years with India’s investment in roads, ports, inland waterways or new customs procedures generating positive externalities for these neighbours, who are keen to access the growing Indian consumer market.
3. Nepal, for example, in 2020 reached record export levels due to a series of Indian connectivity initiatives, including electronic cargo tracking systems, new rail and road routes, modernisation of border control systems, and the region’s first-ever bilateral petroleum pipeline.
4. Any reduction in India’s domestic logistics costs brings immediate benefits to the northern neighbour, given that 98 per cent of Nepal’s total trade transits through India and about 65 per cent of Nepal’s trade is with India.

5. In 2019, trade between Bhutan and Bangladesh was eased through a new multimodal road and waterway link via Assam. The new cargo ferry service with the Maldives, launched last year, has lowered the costs of trade for the island state.
6. And under the South Asia Subregional Economic Cooperation Programme, India’s investments in multimodal connectivity on the eastern coast is reconnecting India with the Bay of Bengal and Southeast Asia through integrated rail, port and shipping systems.

1. The Gahirmatha marine sanctuary is situated in state of odisha
2. It is famous for mass nesting of Olive Ridley sea turtles Q3. ‘Creative City Network’ is a program of

UNESCO picks Srinagar as a creative city
1. The United Nations Educational, Scientific and Cultural Organization (UNESCO) has picked Srinagar among 49 cities as part of the creative city network under the Crafts and Folk Arts category.
2. The process of nomination of Srinagar under the UNESCO ‘Creative City Network’ (UCCN)was undertaken and funded under the World Bankfunded Jhelum Tawi Flood Recovery Project. This is the recognition of the historical crafts and arts of the city.
3. The inclusion is likely to pave way for the city to represent its handicrafts on the global stage through UNESCO. It’s a major recognition for Jammu and Kashmir.
4. The network involves folk art, media, film, literature, design, gastronomy and media arts. Only Jaipur (Crafts and Folk Arts) in 2015, Varanasi and Chennai (Creative city of Music) in
2015 and 2017 respectively have so far been recognised as members of the UCCN for creative cities.

1. The logistics cost is 14% of GDP in India
2. It is one of the highest in the world
3. Gujarat is considered the top performer in the logistics

1. Time to reduce logistics cost by 5%, currently logistics cost in India is at 14% where world average is 8%.
2. LEADS report to push healthy competition for improvement in logistics development among States.
3. Gujarat, Haryana and Punjab emerge as top performers in LEADS 2021
4. Inputs of the report to act as significant stimulants to PM GatiShakti National Master Plan
5.Efficient Logistics is pivotal to bring ease and empowerment to businesses as well as citizens
6. Ministry of Commerce and Industry releases report on Logistics Ease Across Different States (LEADS) 2021 1. In the year 1954, the Government of India had introduced two major civilian awards named “Bharat Ratna” and “Padma Vibhushan”
2. The standards for the award include “service in any field excluding service rendered by
Government servants”

5. There is no distinction of race, occupation, position, or sex. The standards for the award include “service in any field including service rendered by Government servants” including doctors and scientists, but excludes those working with the public-sector undertakings

Model Question and Answers for APSC | Do you think the Constitution of India does... 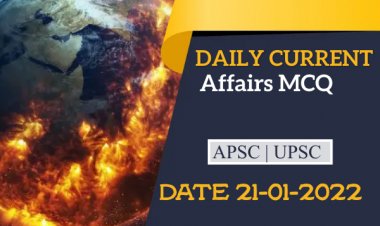 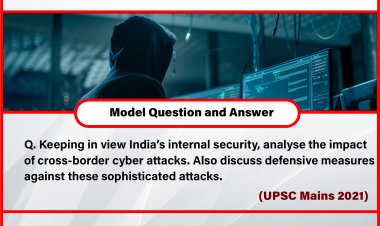 Model Question and Answers for APSC | Keeping in view India’s... 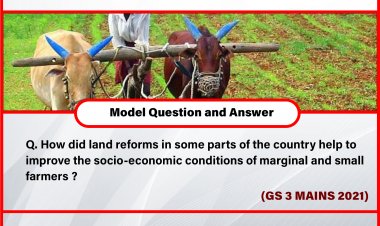 Model Question and Answers for APSC | How did land reforms... 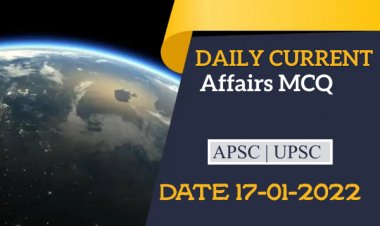 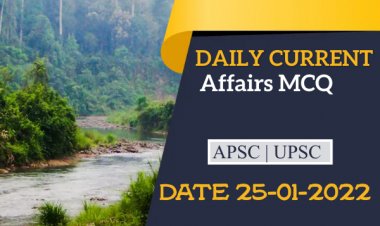 Model Question and Answers for APSC | Describe the various... 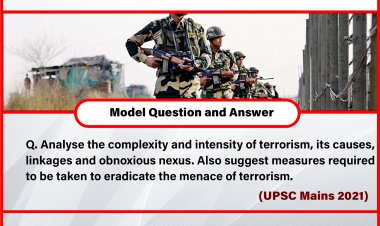 Model Question and Answers for APSC | Analyse the complexity... 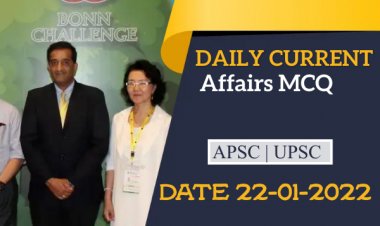